The area along Evlogi and Hristo Georgievi Blvd. is one of the major avenues in the center of Sofia. In its core are Perlovska River and its adjoining green areas. They are of a great importance for the capital but nowadays their huge potential is not fulfilled because of permanent traffic jams as well as the ageing state of the river bed and the park needing urgent renovation.

The project solves the transport and communication problems in the area. In each direction, the boulevard is extended with an additional lane. This is done elegantly as the street is widened only with 90 cm, at the expense of the inadequately large lanes, which achieves a transition from two to three lanes.

In front of the Vasil Levski National Stadium a huge representative Square of Sports is designed. There are 28 pillars with the national flags of the countries of the EU, as well as the existing 8 bronze statues. It will serve as a place for festivals, gatherings and sports events. An underground parking for 120 cars will be constructed.

The Cycle lane is moved to a more suitable position, whereas on its place will be situated the Sports Fame Alley. This pedestrian axis is the centerpiece of the whole urban composition and includes themed squares of Athletics, Football, Gymnastics, Volleyball, Boxing and Wrestling. The Alley of Sports Fame is where the names of the sports stars from the past and the future will find their place. 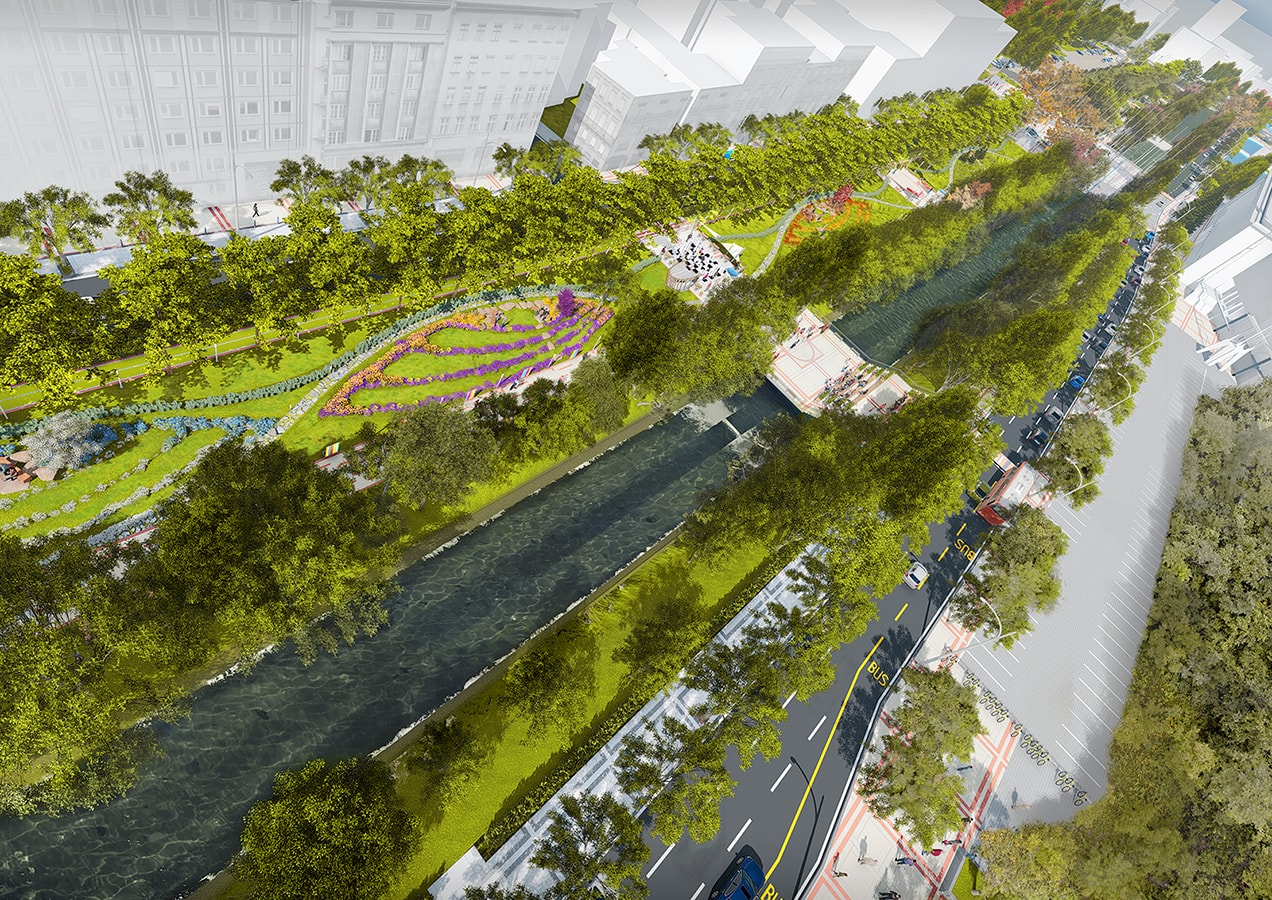