San Stefano Plaza is located in one of the most picturesque parts of Sofia, near the Eagle Bridge, the Doctors’ Garden and the Bulgarian National Television. The project has a contemporary design, yet is also in balance with the traditional architecture, thus enabling it to fit in aesthetically to its urban context. The building was presented with the prestigious „Building of the year” Award for 2016.

The complex includes a commercial mall, luxury apartments, offices and four-level underground parking. In its heart is situated a 17-meter-high atrium space. The apartments have a panoramic view towards Vitosha Mountain and the capital. A large inner garden with trees and abundant greenery is situated on the roof of the commercial center.

The old building of the former “Brasserie-Proshekovo Pivo” is rebuilt according to its previous image. The facade is designed with white limestone, whereas its lower part is from massive granite. The details contribute to its successful reconstruction.

The expressive volumes create a harmonious setting with a unique style, and at the same time provide public spaces and greenery.

The project conforms to the latest standards for ecological construction design. It provides abundant greenery and a spacious rooftop garden with trees above the commercial centre, while emphasizing on green interior design.

Along with the complex, the surrounding public space renovated with new pavement, open spaces, lighting and abundant greenery. There is a large underground parking for 500 vehicles. It is one of the biggest in the central part of Sofia, and contributes to liberate pedestrian public space in this area. 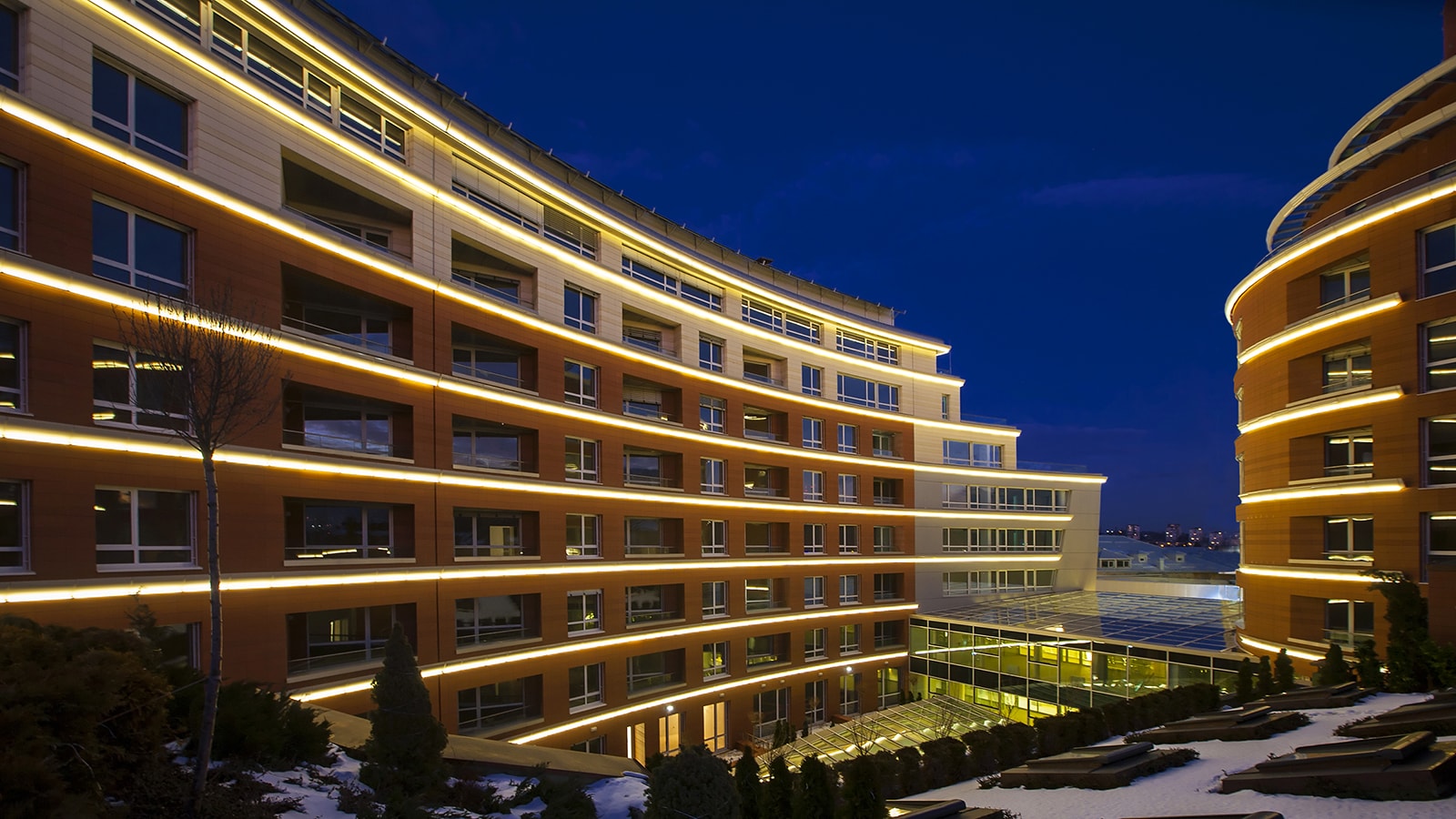 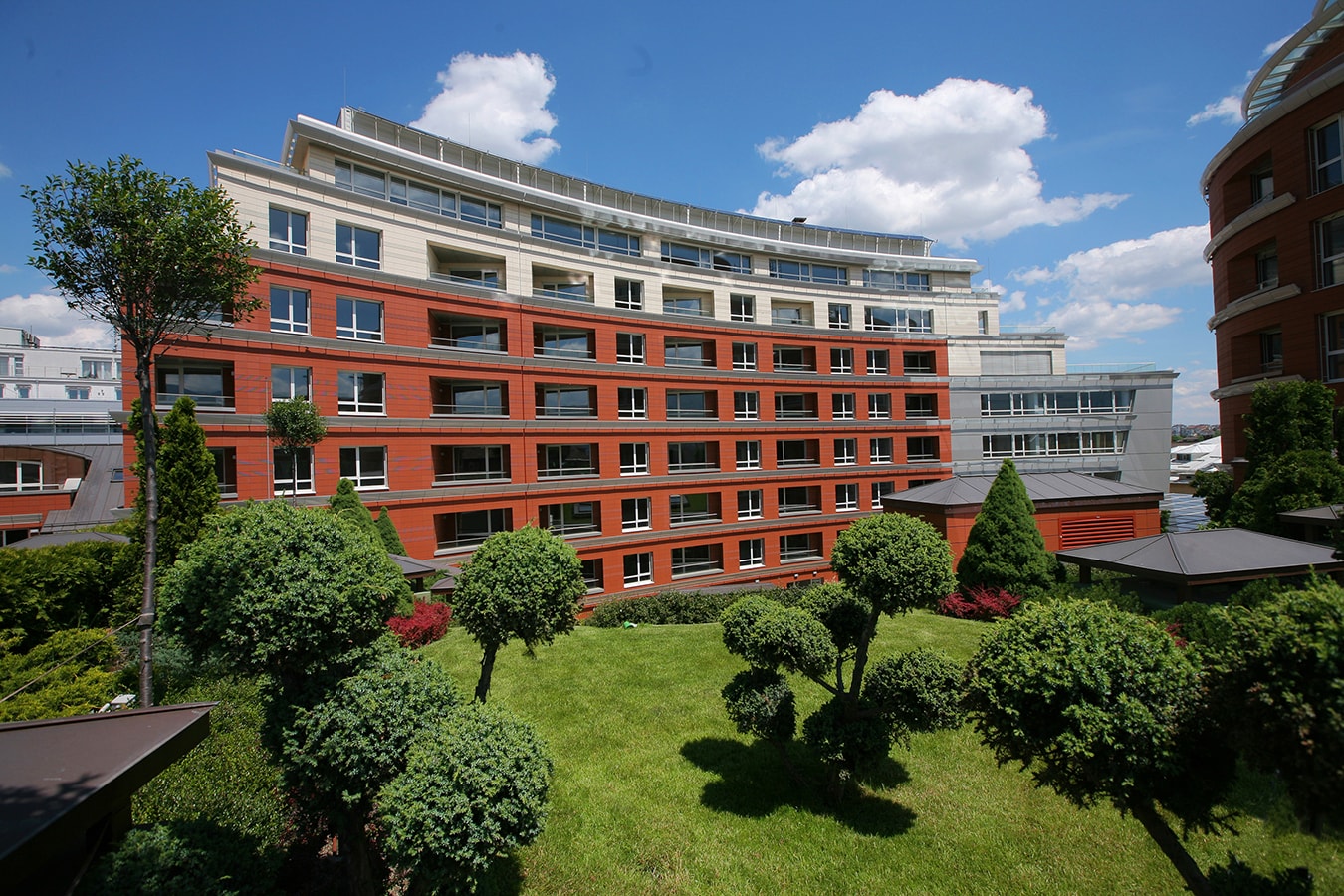 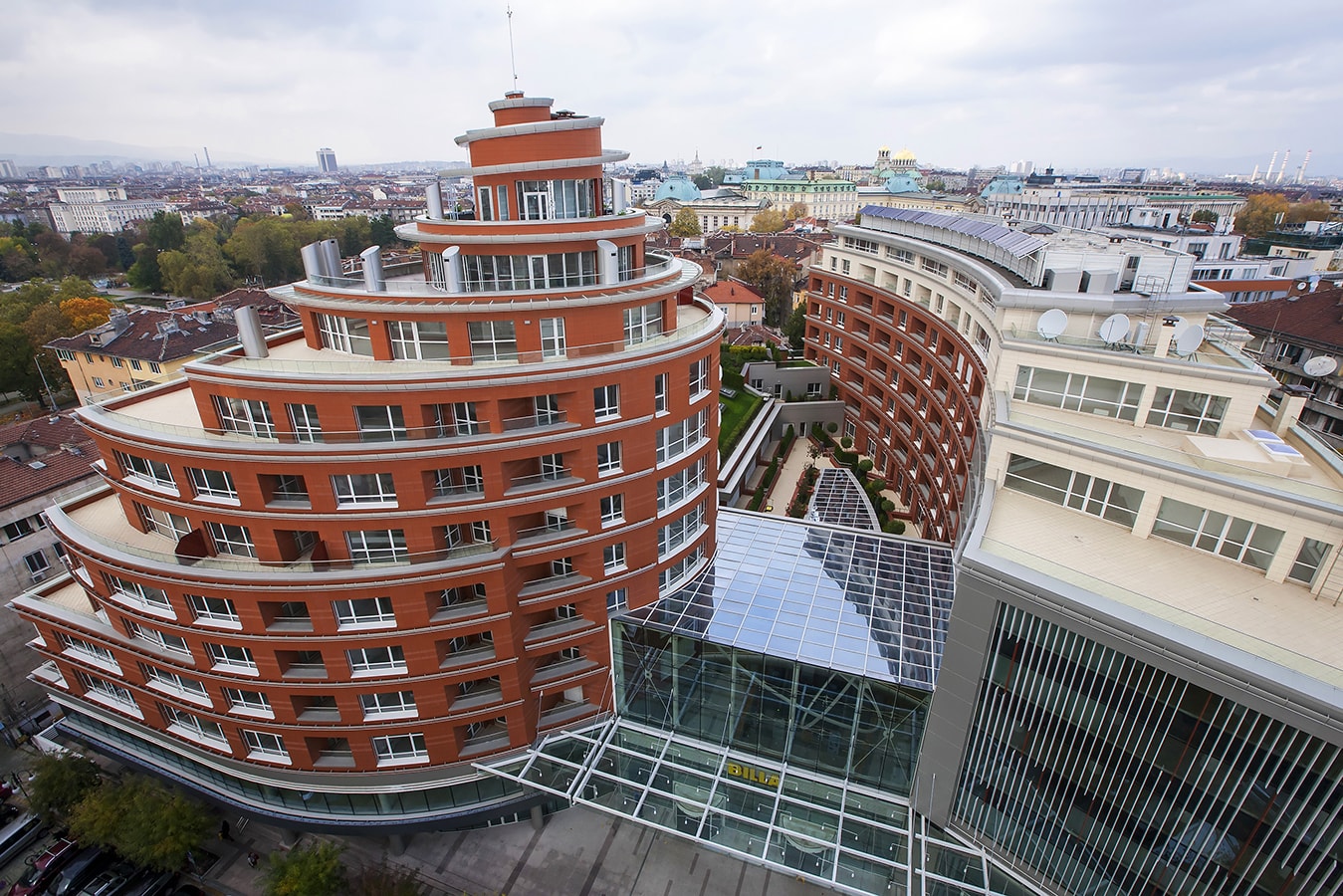 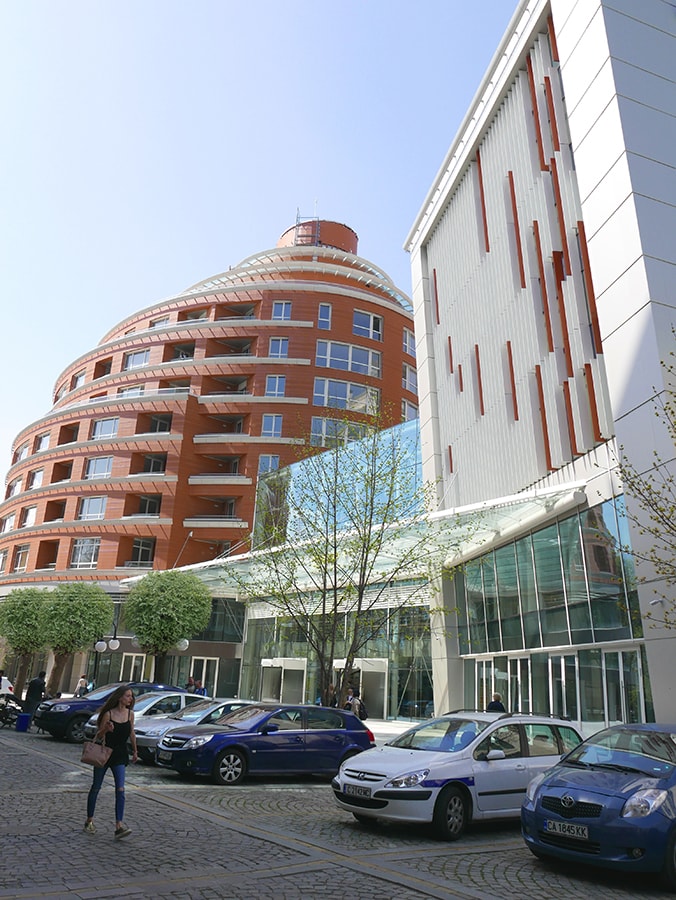 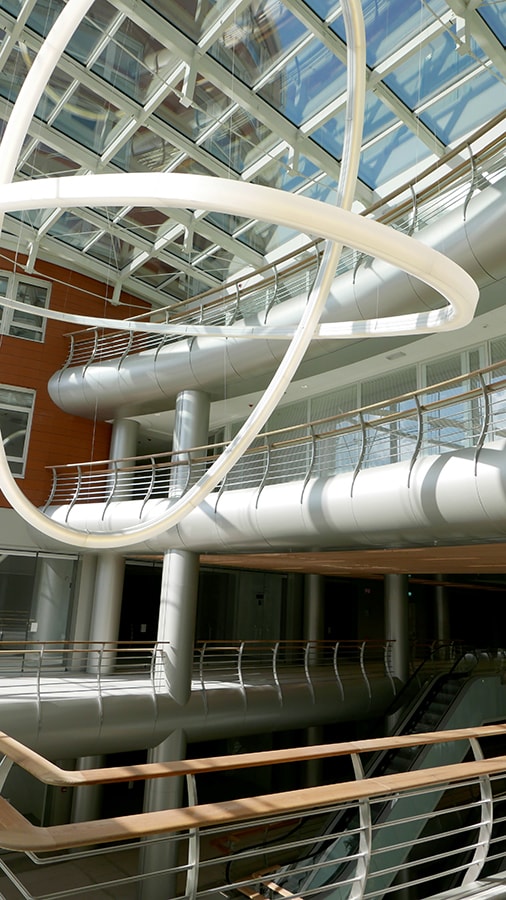 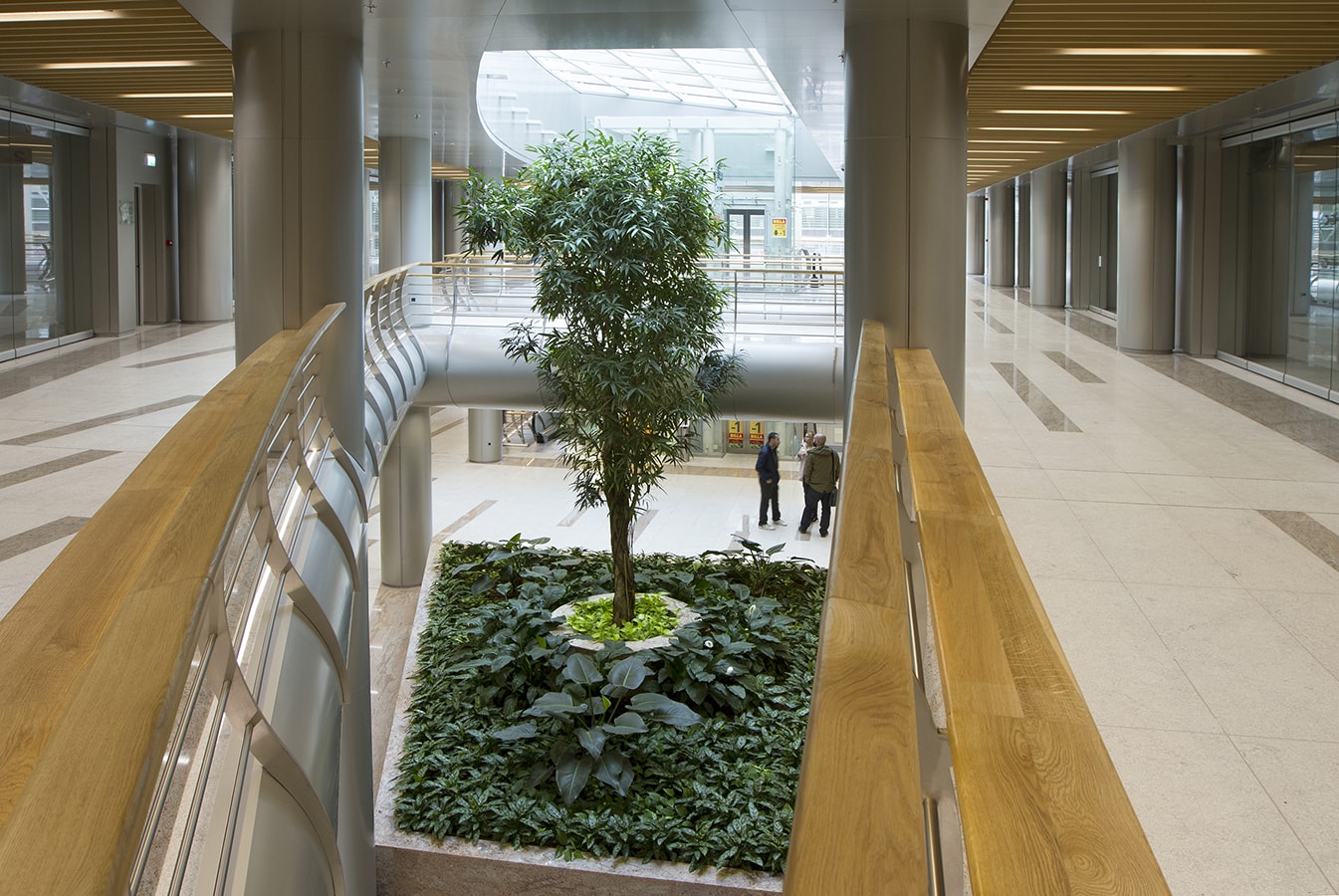